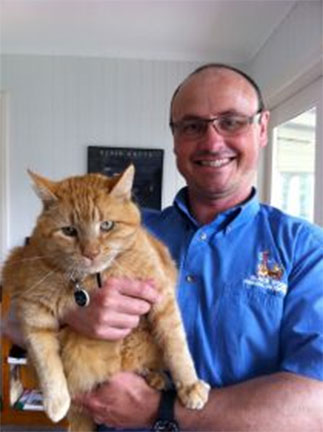 Michael joined Damian in the practices over 8 years ago, and became a full partner with Damian in 2000.

Michael worked in Bendigo after graduating from Sydney University, then had a couple of years travelling the world from a base in the UK, while working as a locum. Since this time he has maintained a great interest in all things Eurasian and historic.

Michael and Lisa, and their two young boys, live locally in Beaumaris, and enjoy very much bumping into patients, and their owners, outside their sons’ school, and around the local streets.

Providing fun for the family is a 10 year old ginger cat named Johnny, and a couple of funny bunnies called Bunny and Scrambles.